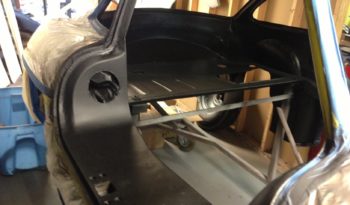 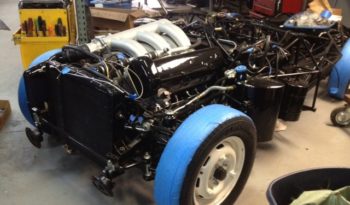 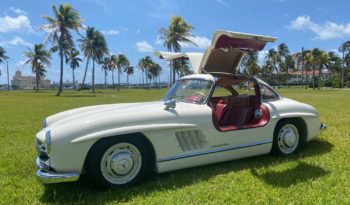 Restored about 8 years ago (see pictures) this 1955 Mercedes-Benz 300SL is exceptional and has been recognized by Mercedes-Benz Club of America.  The STAR issue sept/oct 2021 has a beautiful article on the specific car.

In 2021 it received Excellence in Class at the 3rd Annual Palm Beach Concours.

Max Hoffman, Mercedes-Benz’s United States importer at the time, inspired the 300 SL and saw an American market for such a car. The company introduced the 300 SL in February 1954 at the International Motor Sports Show in New York City (instead of Europe) to get it into U.S. buyers’ hands sooner.

Mass production of the 300 SL was not initially planned. The idea of a toned-down Grand Prix car for affluent performance enthusiasts in the booming post-war American market was suggested by Max Hoffman at a 1953 directors’ meeting in Stuttgart.[9][3] Mercedes’ new general director, Fritz Konecke, agreed to Hoffman’s order for 1,000 cars;[9] the 300 SL was introduced at the February 1954 New York International Auto Show instead of the Frankfurt or Geneva shows, where company models usually debuted. Production of a smaller roadster, the Mercedes-Benz 190 SL, was announced[10] after Hoffman ordered another 1,000 of the roadsters.[9] The 300 SL and the 190 SL premiered at the 1954 New York show; Mercedes-Benz experienced a positive visitor response to both, and production began at the Sindelfingen plant in August of that year.